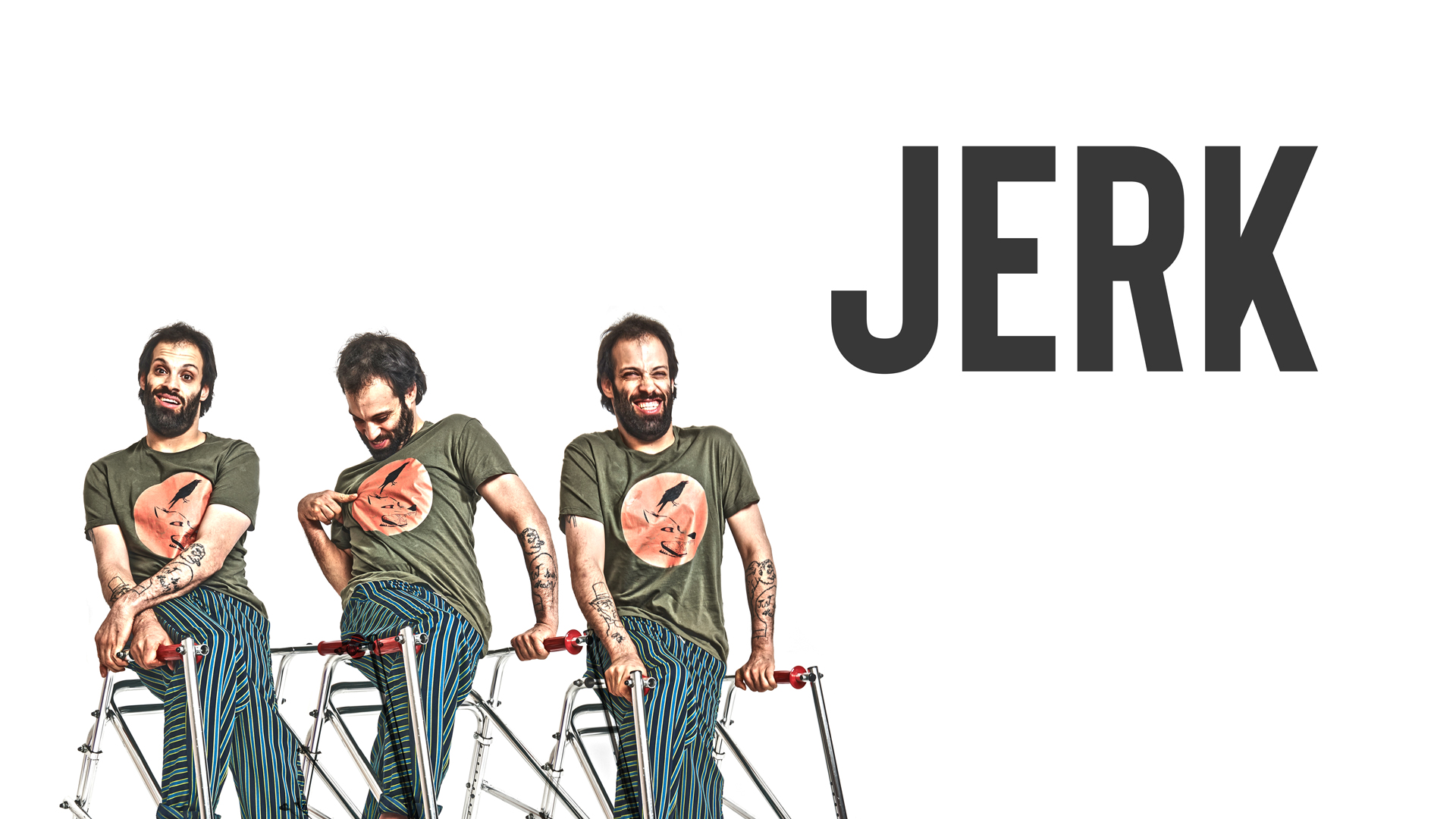 BAFTA nominated Tim Renkow (Live at the Apollo, Bobby and Harriet) to star in a third series of Jerk for BBC Three and iPlayer.

Co-written by Renkow and Shaun Pye (There She Goes, Frankie Boyle’s New World Order), Jerk is a black comedy that revolves around the character of Tim, a man who uses the fact that he has cerebral palsy to try and get away with anything. Tim makes people feel uncomfortable. He knows that because he does it on purpose. But that’s his problem, time spent taking aim at small targets means he constantly misses out on life’s bigger prizes.

Series 3 sees Tim further bulldoze the sensitivities of modern life with a lead role in a movie, a stint as a drug mule, a job advising government on disability and generally attacking anything that takes itself too seriously. Series 3 also charts a touching love story as Tim falls for a disability activist with an agenda. Is that the sound of wedding bells, as Tim finally meets his match…

Alex Smith, Executive Producer & Head of Scripted at Roughcut TV says: “The great disruptor is back. Not Trump, but Renkow – and just as offensive. Roughcut are thrilled to bring 6 more episodes of Bafta nominated Tim Renkow – still scripted TV’s first and only disabled lead – to the BBC. This series promises to question the licence fee like no other has.”

Mat Steiner, Managing Director of Primal Media says: “It is great that the only person on earth who Elon Musk might actually ban from Twitter will ambush our screens again.”

Jerk has won the Representation of Disability Award at the Mipcom Diversify TV Excellence Awards.

Jerk is a co-production between Roughcut TV and Primal Media for BBC Three and iPlayer. It is co-created by Stu Richards, produced by Khaya Castagnoli and directed by Tom McKay. The executive producers are Tim Renkow, Alex Smith and Ash Atalla for Roughcut TV and Mat Steiner for Primal Media. The commissioning editor for the BBC is Seb Barwell.