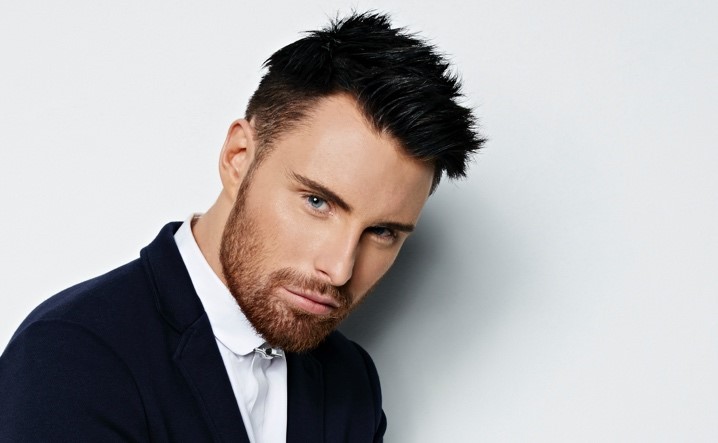 Rylan said: “I’m so looking forward to working with W for a brand new entertainment show. It’s sunny, it’s sexy and it’s funny. What more could you want! I can’t wait to work with an amazing team, playing a really fun game and can’t wait to meet our brave contestants who are going to be taking on The Wave”

The Wave mixes sun, sea, surf…and stacks of cash. But instead of packing sunscreen, competitors must pack their swimmers as Rylan sends them off in pairs to battle it out on the Atlantic coast of Portugal in an effort to win the booty.

Rylan stays firmly on the shore with one half of the pair, while the other braves the Atlantic surf and puts their fate in the hands of the elements as they attempt to reach a series of pontoons further and further out to sea.  Will the currents, waves, and sea fog help or hinder their race to glory?!

Waiting on each pontoon is a question: get it right, then money goes in the swimmer’s swag bag. But get it wrong and a 1kg of lead weight goes into the bag instead… what could possibly go wrong?

For added pressure, they only win the money if the swimmer makes it back to their partner on the shore in time. Nothing like a relaxing day at the beach.

The Wave has been ordered by UKTV director of commissioning Richard Watsham and W general manager Steve North.  Commissioned by UKTV deputy director of commissioning Hilary Rosen who will also oversee as executive producer. The Wave will be produced by Primal Media, led by Adam Wood and Mat Steiner as executive producers and Sean Miller as series producer.  The series will be directed by Richard van’t Riet.

Hilary Rosen said: “The Wave is a fantastic new departure for a UKTV Original – we are stepping into the world of game show and this format is the perfect vehicle with which to welcome Rylan to the channel.”

Steve North added: “The Wave is a perfect fit for W and matched with the fantastic energy that Rylan brings to the format it makes for a brilliant series. I can’t wait to see how the contestants do – rather them than me in the Atlantic!”

Adam Wood said: “The Wave combines all the classic elements you would want in a gameshow with one massive variable: the full might of the Atlantic Ocean! Successful contestants will have earned every penny”.

The Wave, set to air in November, joins the slate of W’s recent UKTV Original formats including The Davina Hour and return of hit UKTV Original’s John Bishop: In Conversation With…, Dr Christian Will See You Now and Inside the Ambulance.

W is UKTV’s premium entertainment channel, offering audiences a dazzling mix of UKTV original series; Dr Christian Will See You Now, John Bishop: In Conversation With…, The Davina Hour, The Secrets In My Family, Inside the Ambulance alongside handpicked gems from the BBC and Channel 4 including series from Louis Theroux, David Beckham, Stacey Dooley as well as the same day repeat of EastEnders.

UKTV is a commercial broadcaster reaching over 41m viewers every month.

The award-winning independent has eleven imaginative brands – UKTV Play, Dave, W, Gold, Alibi, Yesterday, Drama, Really, Home, Eden and Good Food. These include the two most popular non-PSB channels in the UK and account for nearly 10% of the British commercial TV market. The company’s most recent financial results showed record-breaking year-end revenue of £344.8m and EBITDA of £91.3m. It invested £151.2m in programming and related launches last year, and is a significant investor in British creativity.

Now celebrating over 20 years at the forefront of digital television, UKTV – an independent commercial joint venture between BBC Worldwide and Scripps Networks Interactive, Inc. (SNI) – is proud to be the first British television broadcaster in The Sunday Times top 100 companies list.